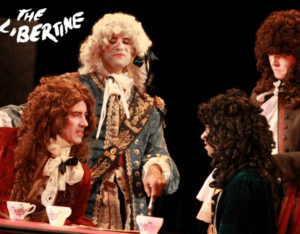 Composition of a Woman
by Maren Lavelle (staged reading)