Since 2016, PCTC has supported emerging theatre artists with a two-year fellowship. The fellowship includes financial, logistical, and creative support for the chosen fellows. Here is a list of PCTC Fellows, and the work created during their fellowship: 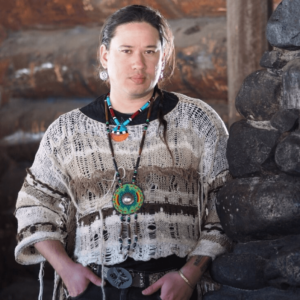 Ride lives in New Orleans, and in Santa Fe on the San Ildefonso Pueblo with his sister’s family. Their mother is the award-winning ceramist Dora Tse-Pé, a Native American born on the Zia Pueblo, who has developed her art on the San Ildefonso Pueblo, where most of his family lives, also well-known clay artists. The Tewa name Dora gave him is Wo-Peen Tse- Pé, meaning “Medicine Mountain Eagle Cane.” Ride is of mixed descent, sometimes called Métis. Ride is a writer, lyricist, co-composer, theatre and documentary photographer, visual artist, and clothing designer. His photography has been seen for two decades: Recording theatre and the Arts, Native American and Santa Fe life, and New Orleans and Louisiana events. Ride has chronicled many topics, from: Life on San Ildefonso Pueblo, to Hurricane Katrina, to the BP oil spill that devastated the Gulf, to recent protests and Black Lives Matter. For Playhouse Creatures Theatre Company (PCTC), Ride won the 2019 Emerging Playwrights’ “Unique Voice Award” for his musical “New Orleans, 1929”. In 2020, Ride won the “Special Citation for a Full- Length Play of Note” for “R-Train / Knees”.

Born and raised in St. Louis, Missouri, Alexandra moved to New York to attend NYU Tisch School of the Arts where she received her BFA in Drama. While at NYU for musical theatre, Alex met and studied with Nora York and discovered a new passion for solo performance. She has performed at Joe’s Pub and has been featured in various PCTC Projects. She cannot wait to debut her solo work as a PCTC Fellow in 2021! All the love and gratitude to Joseph and Playhouse Creatures for their steadfast support. Special thanks to Gretchen Cryer, Tyley Ross, and always Nora York for their mentorship and lighting the way. 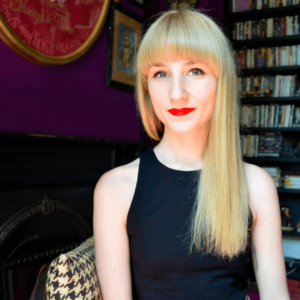 Laura Zlatos is a Pittsburgh born, Brooklyn-based playwright and librettist. Her play The Blue Whale was the winner of PCTC’s 2019 Dr. R.J. Rodriguez Emerging Playwrights Contest. PCTC produced a reading of the play in 2020 directed by Sherri Eden Barber. Laura’s other plays include The Even More Lamentable Tragedy of Lavinia (2020 Women are Funny Prize), Happily After Ever (2017 Woodward/Newman Drama Award; 59E59 Theaters; Edinburgh Fringe Festival; Bloomington Playwrights Project; The Advocate’s Top 10 NY Theater of 2016, Honorable Mention), Three Hours (HERE Arts Center), Exposure (Gene Frankel Theatre), and the musical A Problem with the Pattersons (2020 O’Neill Music Theatre Conference, Semifinalist) with lyricist/ composer Andre Catrini. Laura was a member of The Orchard Project’s Greenhouse and was a resident playwright with the Exquisite Corpse Company. She was a finalist for the Princess Grace Award, the Jerome Fellowship, and the Core Writer Program at the Playwrights’ Center. MFA: Playwriting, Columbia University; MA: Performance Studies, NYU. www.laurazlatos.com